A great day today heading into the picturesque Kerry and on to the famous mountain pass “The Gap of Dunloe” which cuts a fantastic route through the Macgillycuddy mountain range, which is also home to “Carrauntoohil”, Irelands highest peak at 1,038 metres. Today’s destination of Tralee is famous for “The International Rose of Tralee Festival” which is a competition to find the most beautiful girl of Irish origin.  (Description based on route notes from Peak Tours).

Route from Glengariff to Tralee (59 miles): 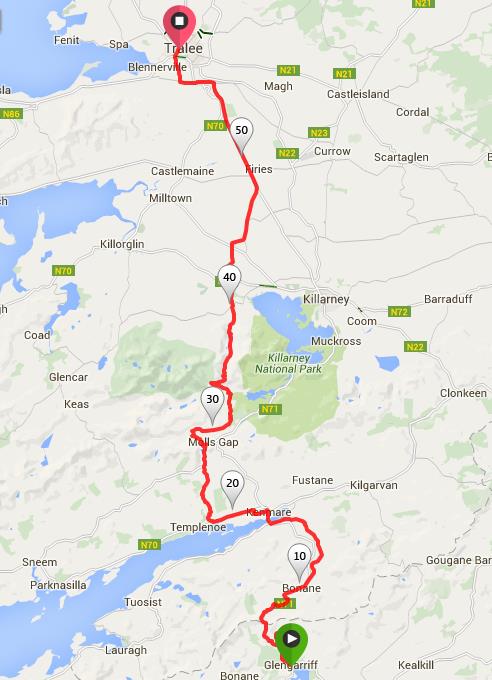 After I had a ‘half Irish’ cooked breakfast we headed down to meet the others and then we were soon climbing the first ascent of the day – a nice steady 5 mile climb of about 4%. The ‘summit’ was actually a tunnel and half way down the descent I stopped for a few photos of Molly Gallivan’s Cottage and the Druid statue. Then we crossed over a bridge on Kenmare Bay, through Kenmare, and along a back road beside the River Owenreagh which had some nice waterfalls. As we started to climb up to the wonderful Gap Of Dunloe we had to slow down to pass the many oncoming groups of tourists travelling by horse and trap with driver. Once up the twisting narrow road to the top of the Gap of Dunloe we were treated to some dramatic fantastic scenery before a short descent to Kate Kearnays cottage for lunch. Then the afternoon route headed back through mainly farming countryside util we go into Tralee. 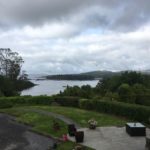 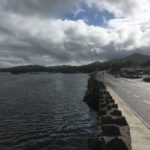 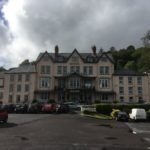 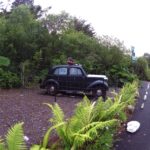 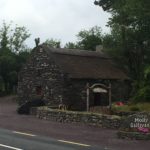 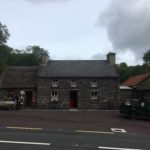 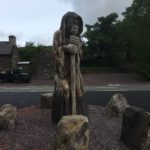 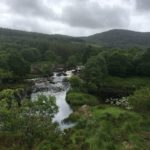 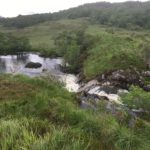 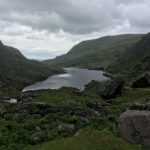 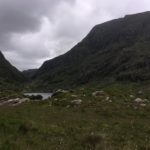 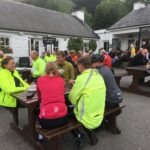 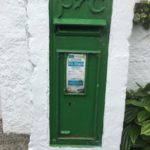 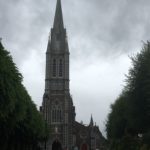 A few videos starting with a rather wobbly recording of Glengarrif as we head to the briefing:

Next: Day 3 – Tralee to Lahinch

Back to the Mizen Head to Malin Head main page