The route starts of with quiet country roads that go past the impressive Drumlanrig Castle and then along by the river Nith. Then the roads are mostly back lanes with some faster link roads for short spells. Nearer to Ardrossan the route follows some cycle paths before reaching the port for the second ferry trip of the tour, across to the beautiful island of Arran. (Description based on route notes from Peak Tours).

Route from Thornhill to Brodick (67 miles): 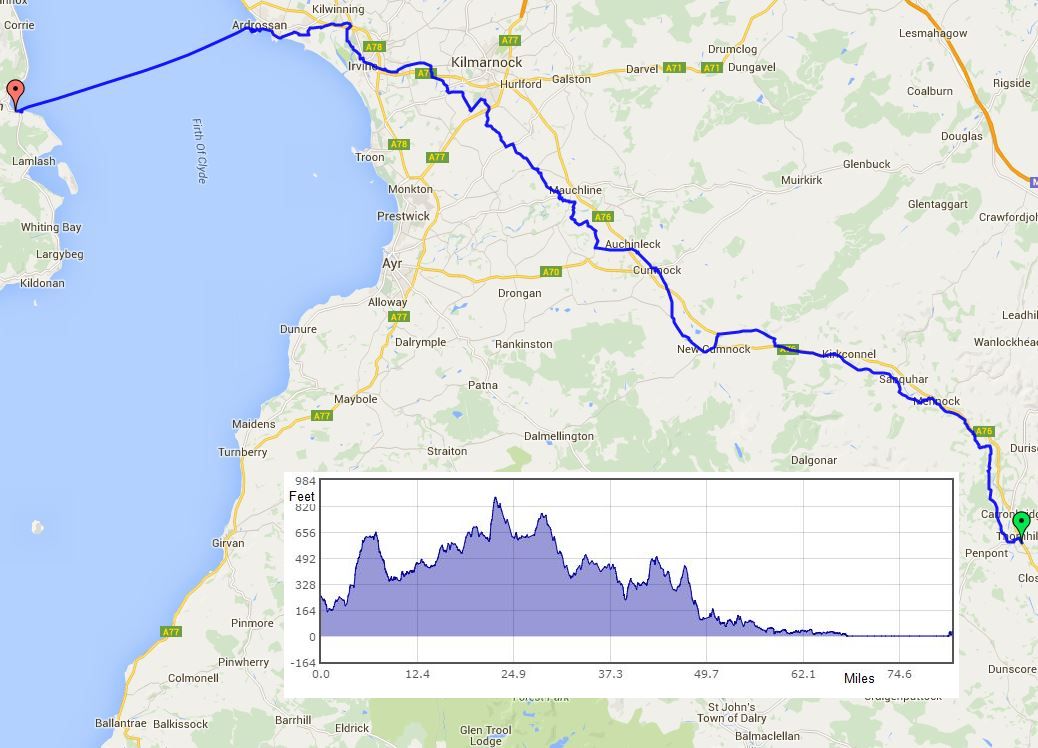 Today was another fairly flat day through farmland, a few wooded areas, and some small towns. The weather was good and it made the farmland look lush in the sunshine. I stopped for a picture of Drumlanrig Castle and before New Cumnock for some picture of Mansfield Mains where my Nanny (grandmother) grow up. We also got held up due to cows with young calves (not be ‘messed’ with) that had rub off while being shift along the road by the farmers – the cows left quite a lot of mess that we attempted to avoid along with the potholes! After a shortish lunch break, a brief stop to see the Barony A Frame, and an even shorter coffee break Fraser, Gary & I reached Ardrossan before 3 pm in time for an earlier ferry. Ray, Andrew & Anjanette also joined us on the Ferry for a beer and just as we were reaching Arran I fortunately went ‘up top’ and got glimpses of dolphins swimming in the opposite direction to the ferry. Once on Arran we headed to the Fiddlers for a drink and some food while we waited until our luggage arrived on the next ferry. It was beautiful evening so I went out for a bit of a walk and a bit more food latter on with Glen, John & Jill, and John Short. 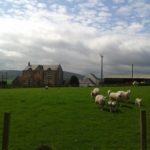 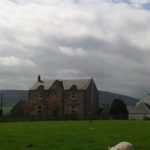 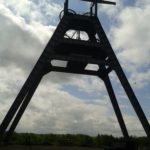 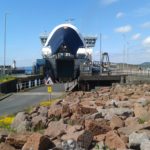 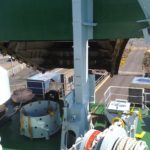 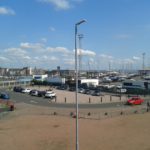 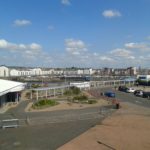 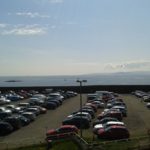 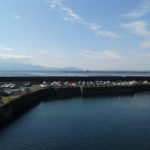 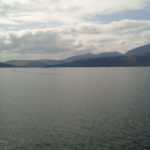 Leaving Thornhill in the morning

Along avenue at Drumlanrig Castle

View from near the brew van coffee stop

Ayrshire – nice scenery but you have to keep your eyes on the bad roads too!

View heading towards New Cumnock in the distance

Heading in to New Cumnock

Barony A frame outside Auchinleck

Arran from the ferry


Next: Day 9 – Brodick to Craignure