The initial part of the route is undulating and it follows a small part of the C2C (coast-to-coast) route away from Penrith. Further on utilises part of the Peak Tours’ LEJOG (Lands End to John O’Groats) route from just before Dalston until just after lunch at Annan. There are some long flat sections in the afternoon, and after a cycle path around Dumfries the route takes quiet and undulating country roads to Thornhill. (Description based on route notes from Peak Tours).

Route from Penrith to Thornhill (67 miles): 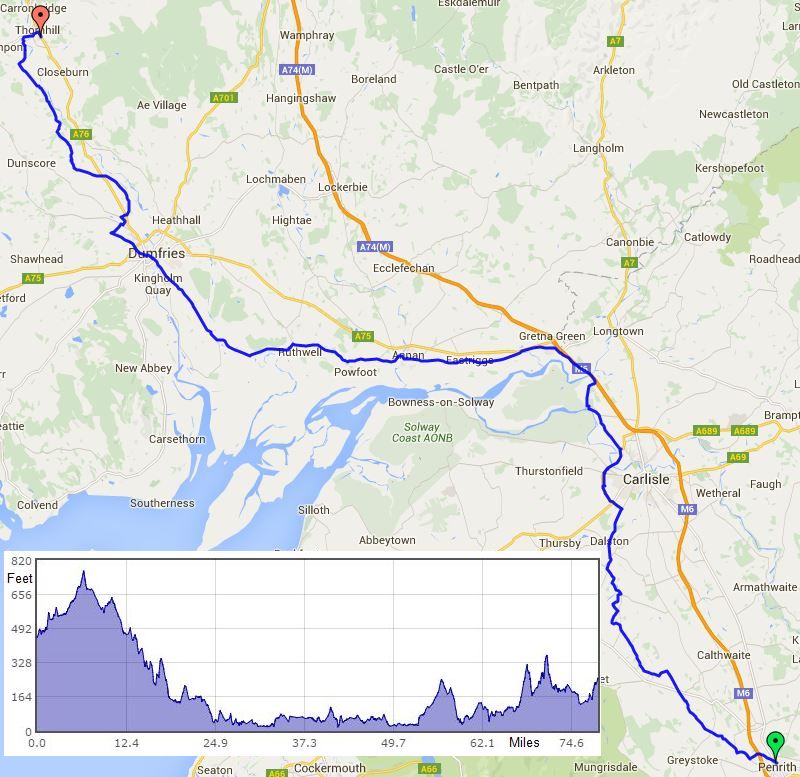 After leaving Penrith we were soon on some familiar roads as the route overlaps with our Land’s End to John O’Groats route from 2013. After views across the Solway estuary, we stopped at the “Scotland welcomes you” sign for the usual photograph session before heading east to Annan for lunch. After lunch we headed up through the rural landscape in the sunshine, had a leisurely ‘brew van’ stop and passed through the village of Kier Mill (the birthplace of Kirkpatrick Macmillan who lay claim to have invented the first pedal rear-wheel-driven bicycle). Then it was into Thornhill, our overnight stopping point, with its nice wide avenue-like central street. 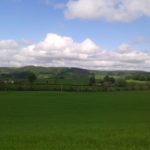 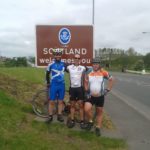 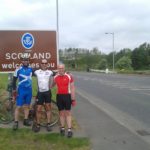 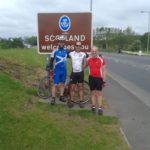 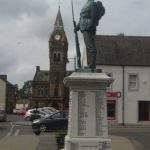 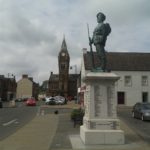 Dumfriesshire – view to hills in west & the Solway firth

Cycling with Anjanette & Andrew ahead

Short clip of view from road


Next: Day 8 – Thornhill to Brodick