The penultimate day’s cycling ends in Durness – just a short step away from Cape Wrath. Although the mileage is lower than the previous few days, it is still another tough day but, once again, the scenery is truly spectacular with amazing views opening up around every corner. Then the route follows the A835 away from Ullapool joining the A837 to Loch Assynt. Then there is a climb away from the loch along the A894 to the spectacular Kylescu bridge where there is a lunch stop at the fantastic Kylescu Hotel. In the afternoon the route continues along the A894, passing through Scourie, and there is more breathtaking scenery before arriving in Durness. (Description based on route notes from Peak Tours).

Route from Ullapool to Durness (68 miles): 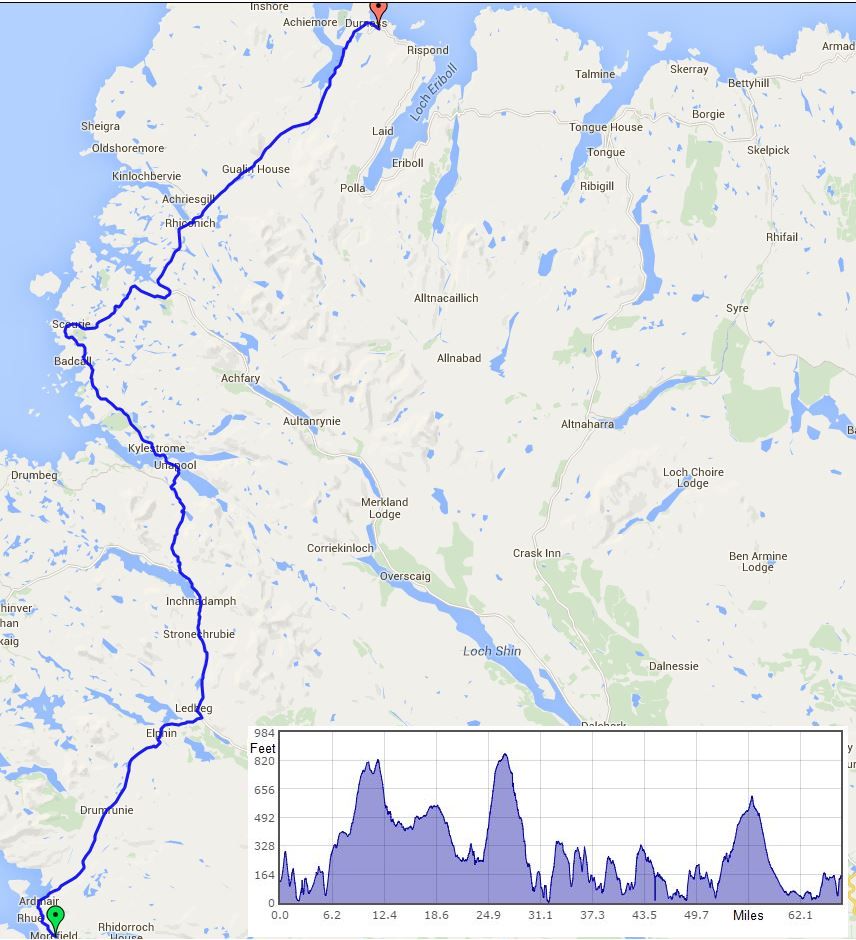 Another sunny morning as we cycled north west away from Ullapool alongside Loch Broom and then over to Ardmair on the shores of Loch Canaird. As we climbed up on to the moorland the mountain tops were covered in cloud and it got a bit cooler with a strong northerly wind. After leaving the brew van we did see some deer down by a river – quite difficult to spot them except when they moved. Then we reached Loch Assynt and Ardvreck Castle before dropping back down to Kylescu for lunch. After lunch the cloud came further down but we didn’t actually get any rain – just a bit of a hard slog against the wind all the way up until we reached the north coast at the Kyle of Durness (where the ferry crosses for Cape Wrath). The final mile of ‘road bike’ cycling took us up to Durness with views of the sea on the north coast and finally onto a great B&B called Hillside. Later, we all ate at the local Smoo Cave Hotel. 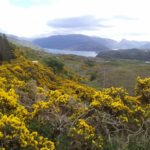 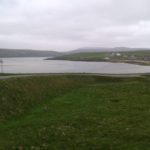 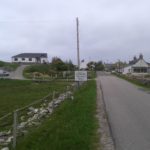 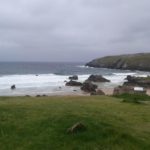 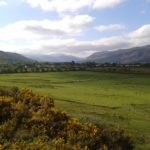 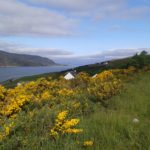 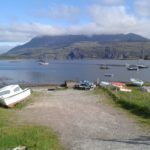 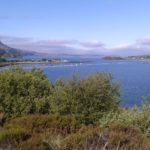 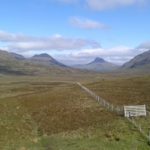 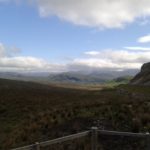 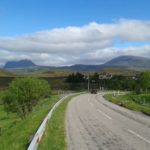 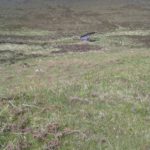 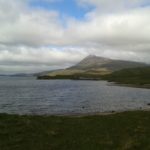 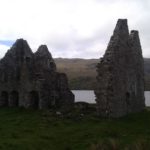 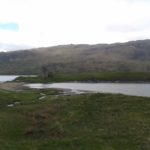 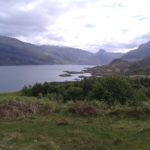 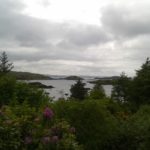 Loch Broom back looking back towards Ullapool

Waves breaking on beach at Durness