Today’s route starts with cycle paths, including a lovely one called “The Thicket”, to avoid a lot of built up areas and busy roads. After that the route heads through some lovely little villages and open country roads. Then the terrain becomes hillier through the beautiful county of Rutland before some more strenuous, undulating roads around the villages of the Leicestershire countryside. After a final bit of a climb the route ends at the evenings accommodation by the river Trent, a few miles outside of Castle Donington. (Description based on route notes from Peak Tours). 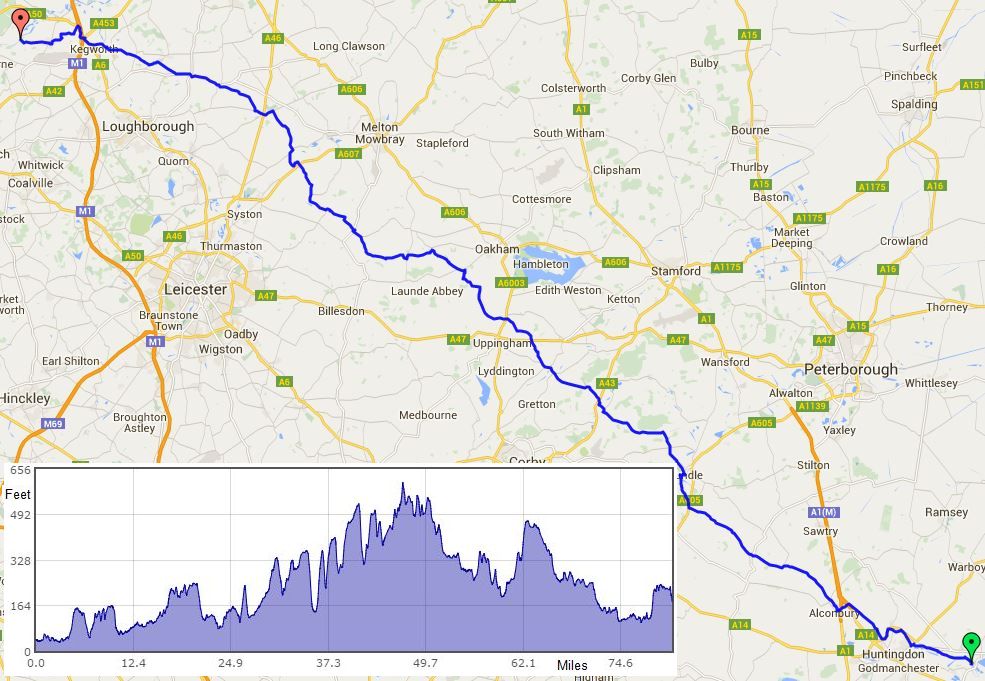 Another cooked breakfast today before a leisurely start at 8:30 beside the River Great Ouse. Despite the forecast for rain the sun soon came out and after passing under the A1 north of Huntingdon we were soon cycling along glorious country lanes to an early coffee stop. Just after that we passed through Oundle with its beautiful buildings (quite a few public schools) and under the impressive Welland viaduct (the longest masonry viaduct across a valley in Britain) at Harringworth. Then a few hills to build up an appetite – lunch was soup, sandwiches & cake at the Old Pheasant sitting outside in the sun. Although the early afternoon was sunny the clouds were building up, and after passing through the ominously named Six Hills, our first real rain started around Wymesmold. I was with Fraser at this point and we agreed just to ‘put our heads down’ and keep going and after a mile or two we were soon through it and back into sunshine. The last bit involved a few cycle paths beside roads to avoid the traffic on the A6/A50 as we passed through Kegworth, over the M1 and down through Castle Donington to the Priest House Hotel on the edge of the river Trent. After a beer at the bar it was clear that there were a lot of people waiting to eat at the hotel but ‘the body’ was in need of calories so it was a short taxi ride back up into Castle Donington to the Castle Inn for dinner. A great little pub that was really busy despite it being only Monday – probably because the food was good! 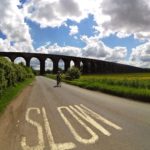 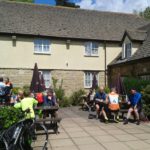 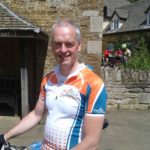 St Ives in the morning

A few of us cycling in the sunshine

Look at those clouds – we got rain a bit later!


Next: Day 4 – Castle Donington to Thornsett